“The Hordern”, as it is affectionately known by Sydneysiders, has been an architecturally and socially significant Sydney landmark since it opened in 1924. Now best known as a rock concert venue, the Hordern Pavilion was originally constructed to meet the increasing popularity of the Royal Easter Show.

The venue was named in honour of the enterprising retail family, Anthony Hordern and Sons, and Sir Samuel Hordern, who was president of the Royal Agricultural Society from 1915 to 1941.  The Building is designed in the Inter-War Academic Classical with rendered masonry featuring classical detailing inside and out, including fluted Doric columns, a parapet and an imposing vaulted roof with lantern tower. It cost £45,000 to build.

Aside from the Easter Show, the Hordern was utilized for a variety of events, some of which were a little unusual. In 1925 the first covered tennis courts in Australia were constructed in the venue, in 1932 the venue hosted the Australian model aeroplane contest, in 1934 the Hordern became sleeping quarters for a national gathering of the Youth Australia League and during WWII it was occupied by the Army and used as a bulk store

In 1972 the Hordern Pavilion was modified to make it more versatile. Most of the columns were removed and replaced with a new truss system, false ceilings were introduced and a bar and ticketing boxes, together with a mezzanine corporate box area, were constructed. The scene was set for the Hordern to blossom.

The Hordern remained the city’s largest indoor venue until the opening of the now demolished Sydney Entertainment Centre in 1983.

In the late 80’s, the Hordern hosted the birth of Australia’s rave movement, with dance parties run by entrepreneurial collectives such as the Recreational Arts Team (RAT).

The venue was first used for this purpose by Mardi Gras in October 1984 and intermittently over the next few years until their events became fixtures at the Hordern Pavilion and Royal Hall of Industries from 1991 to the present day.

After the opening of the Entertainment Centre, the major tours generally played the SEC and the Hordern attracted more of the local an ‘up and coming’ acts. Between 1983 and 1999 these included David Bowie, INXS, The Cure, Midnight Oil, Crowded House, James Brown, Paul Kelly, Morrissey, Nirvana (at Big Day Out), Red Hot Chili Peppers, Iron Maiden, Faith No More, Green Day, Smashing Pumpkins, Korn, Offspring and Silverchair to name a few. 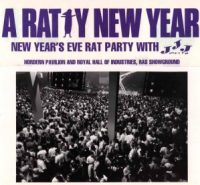 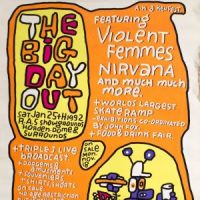 In 1997, the Royal Easter Show moved to Homebush Bay, and the Hordern Pavilion became an independent venue. It was renovated and refurbished in 1999 and now offers flexible and modern facilities to stage Australia’s greatest events. Over the years some of the world’s leading acts have appeared at The Hordern, Including: Coldplay, Foo Fighters, John Mayer, Justin Timberlake, Sam Smith, Muse, Black Eyed Peas, Maroon 5, Kanye West, James Blake, The Killers, Arctic Monkeys, Slipknot, Kings of Leon, Tiesto, Florence & The Machine, One Direction, Flume, Bloc Party, Billie Ellish, The Killers and Elton John.

Hordern Pavilion acknowledges the Gadigal People of the Eora Nation, the traditional custodians of this land, and pays it’s respects to Elders both past and present.

WANT TO HIRE THE HORDERN?

Looking for somewhere to host your next gig, tour, function, trade show or awards ceremony?